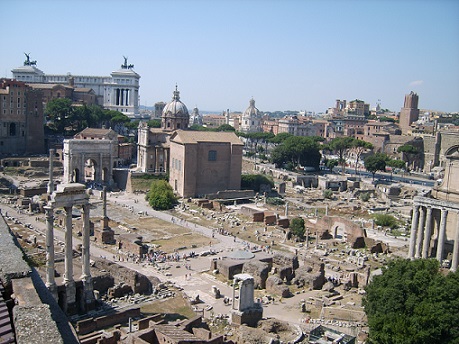 The Forum in Rome

The Forum is famous for the remains of the most ancient Roman temples, arches and basilica. It was the political and religious center in the Roman Republic and Roman Empire. The Roman Republic was established around 509 BC.

The big brown building in the middle of the picture is the Curia Julia. It was the meeting hall where the emperors and the senators discussed important affairs. The construction of the Curia Julia was initiated by Julius Caesar in 44 B.C. to replace the Curia Hostilia. A fire in 283 destroyed it completely. The Curia we see nowadays was erected after the fire. To the left is the Arch of Septimius Severus, celebrating the victories of emperor Septimius Severus.(203) 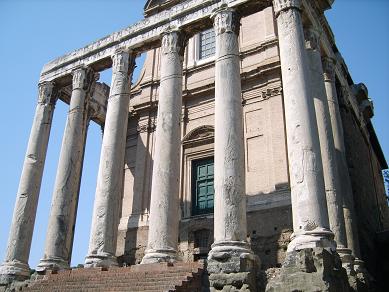 The forum is next to the Palatine and between the Plaza Venezia and the Colosseum. The nearest metro station is: “Colosseo” and the entrance to the Forum is free. 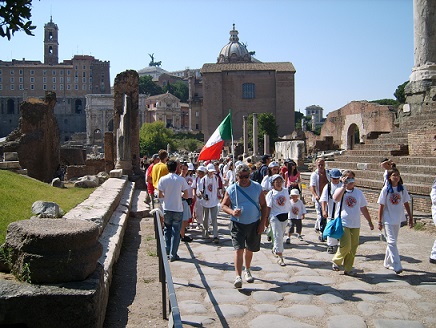